New look blog. Still finding it's (WEB) feet so to speak The Papillon Club (Butterfly) Dog Club of Scotland were recently gifted there own domain name and have taken space on the internet via a blog (for present) to keep members up to date with club information and news.

If anyone has any news they would like to share with other club members and visitors please contact Hazel who is the clubs blog coordinator by emailing info@papillonclubofscotland.co.uk

Website can be found at http://www.papillonclubofscotland.co.uk/ or click this link Papillon Club Of Scotland
Posted by Abbeyton Papillons & Phalenes at 8:29 am No comments:

At PAPILLON HEALTH you can have a read and familiarise your self with some of the symptoms that manifest themselves in certain conditions that is found to affect our beautiful Papillons.
Posted by Abbeyton Papillons & Phalenes at 7:01 pm No comments: 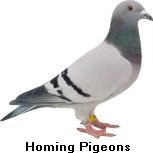 If you find yourself continually going from site to site and looking for something different, go and have a look at our pigeon website at ABBEYTON LOFTS. When you do get to give us a visit remember and sign the guest book and let us know what you think. Jim is a bit of a whizz at designing websites and keeps himself busy almost 24 hours a day in front of the compter.
Posted by Abbeyton Papillons & Phalenes at 2:50 pm No comments:

Travelled down and stayed with Angela on Saturday. Collected Alfie and Cosmo on the way down to take to the show with Ayla, Indy and Flame. Long way down and even longer back home and expensive to boot.
The dog judge Howard Ogden (Beauview) was in his usual good humor and gave every dog the same consideration and only now and again let his thoughts show on his face. Cosmo was in Jr and was placed a very respectable 4th. Indy was short listed but unplaced in a very good PG class but placed 3rd in Phalene dog. Alfie was placed VHC in Open, poor soul kept looking for Joe (his dad) who couldn't be there as he is lying in a hospital bed with a badly broken leg. Get well soon.
The bitch judge was Pauline Wilson (Invergarick) and Ayla was unplaced in a class of 21 Minor Puppy Bitches. Flame was shown by Angela in Limit and again she was unplaced, though she did manage 4th in the Phalene bitch class.
Esetelle Kirk with Abbeyton Runnin Free at Kirkchase was placed 1st in her Jr class. Well done to you both and especially winnng best Puppy in show with your little Papplewick girl.
I stopped off and had a quick visit with Debra and Roo who is looking really good. They leave for the summer in France in May and will be returning back to the UK in September so looking forward to seeing him then and the changes he will have one through.
Posted by Abbeyton Papillons & Phalenes at 1:49 pm No comments: